Urbanisation is becoming increasingly prevalent in the world as global populations gradually move towards urban centres looking for better opportunities and a higher standard of living. A United Nations report steadily demonstrated this trend as during the 1950s, 30% of the population lived in the cities, which then grew to 55% in 2018. The report then subsequently predicts that by 2050, 68% of the population will be living in urban areas. 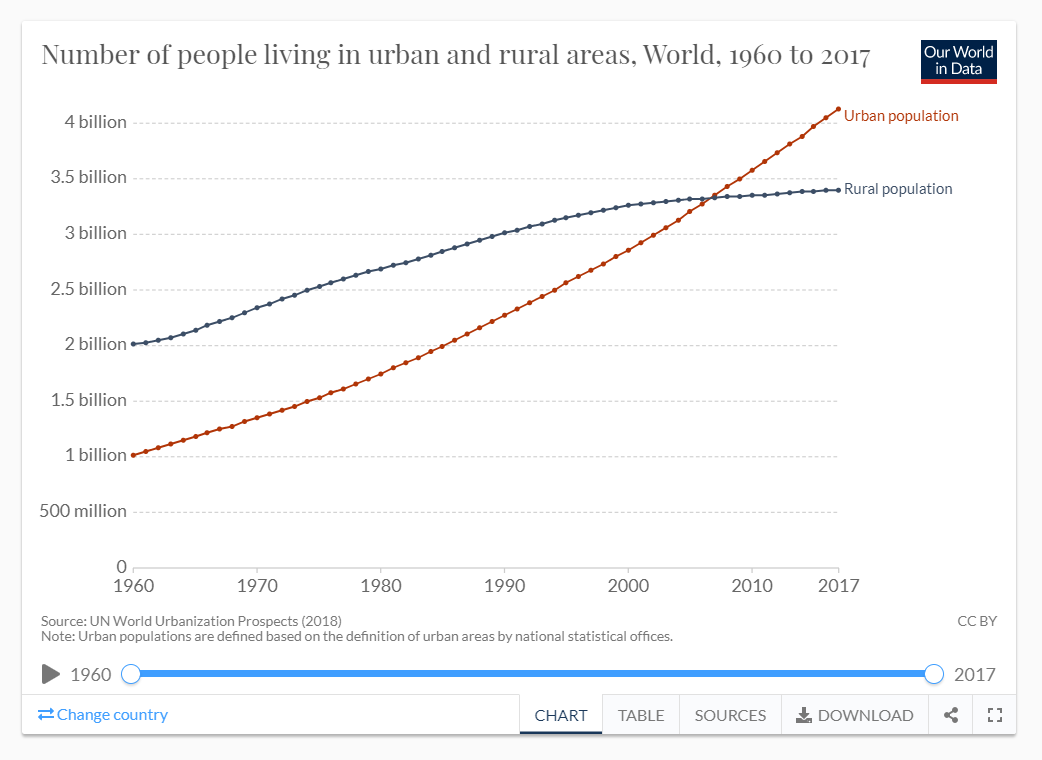 People have always gravitated towards cities, given its roles as a hub for economic growth, cultural movements, and overall migration of populations. With the growth of globalisation and the internationalisation of trade and economy, urban hubs have taken on an increasing role for development, accelerating the pace of attraction towards these metropolises.  In turn, this created a phenomenon of uncontrolled urbanisation, brought on by accelerated economic growth and rapid infrastructure development.

As people and talent gathered in one area, it created a hypercompetitive sphere of development. This competitive environment brought about leaps and bounds in innovation and breakthroughs, but also inequalities that defined ‘winners’ and ‘losers’. Nonetheless, the promise of a better standard of living continued enticing people towards urban centres.

This concentration of people has resulted in a number of social, economic, and ecological challenges as unprecedented stress was exerted onto the planet through our imposition of geographical specialisation, all in an attempt to meet our demands in an industrial manner.

An important challenge that emerged remains the concept of urban sprawls, where population growth slowly expands out of urban centres and towards the periphery of the cities. These expansions were usually poorly planned, done in a haphazard manner over large amounts of land while putting long distances between homes, stores and work – causing high segregations between residential and commercial areas. These key characteristics eventually cause severe issues such as pollution and traffic congestions as the overall movement of people creating choke points across the cities. Furthermore, these unfettered urban growths usually do not take into account the environmental damages as development were done recklessly across marshlands and agriculture fields to capture the economic incentives provided by the increased demand for housing.

Such reckless abandonment created unwanted implications beyond the nearby environment, as it also migrated food production away from the source of demand. To accommodate for the displacement of fertile land used for construction and development, agricultural production had to take a backseat and be moved away from the city centres, creating a dichotomy of where food production is concentrated in rural areas while service and manufacturing production concentrated in urban and suburban areas. Through the application of competitive advantages, this effect translated to a global scale as the emergence of an internationally integrated supply chain provided the option of getting food from across the world regardless of seasonality.

The emergence of such dichotomy has resulted in the increased distance of our food supply chain as we grow our food further away from the source of consumption. The increased logistical distance had varying effects, such as the increased carbon footprint due to distance travelled and extensive cold chains, increased wastage due to reduction of product shelf-life over time and reduction of nutritional value from the long duration of travel.

Urbanisation also created the phenomenon of the rising middle class, which have unrealistic expectations of high quality, aesthetic food sources, further complicating matters within the food space. To cater for this demand, supermarket chains imposed stringent restrictions and standards on farmers to provide nothing but the best for the urban consumer market. By placing most of the risks and pressures on rural farmers, it resulted in a knock-on effect of over-sowing practices.

Over-sowing is a practice of growing in excess to increase probability to meet quality, as farmers need to ensure that they can fulfil their contracts with wholesalers in terms of quality, consistency of size and aesthetics, and timeliness of delivery. Such practices placed unnecessary burden on the soil structure beneath, while magnifying waste in the food supply chain.

Relating this back to industrial agriculture, the current way of farming has caused a tremendous amount of pressure on agricultural soil. Through intensive farming, soil organic carbon and nutrients declined rapidly over time, and significant resources were used for farmers to maintain their yields to match global produce demand increases as they struggled to offset the gradual degradation of their outputs. About 10% of the energy in agriculture is used just to offset the negative effects of soil erosion, and pesticide use also increased year-on-year as pests developed an increased resistance to them. 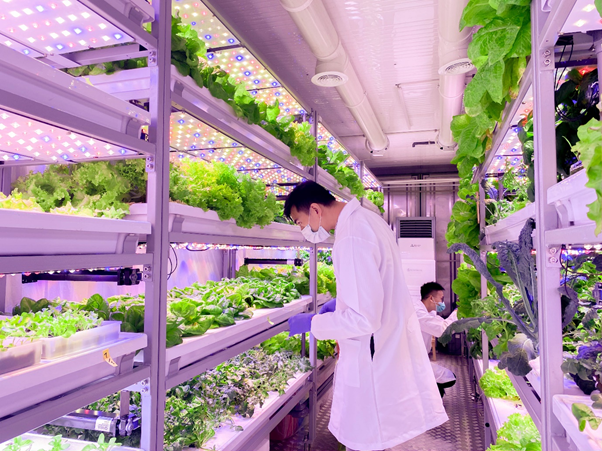 Here at The Vegetable Co., Indoor Farming is seen as a solution to mitigate some of the pressures exerted onto the overall environment.

Through Indoor Farming, farmers such as ourselves are able to position directly within the demand space by growing within urban centres – displacing the need for fertile, agriculture spaces while maximising land efficiency by reactivating unused urban spaces such as warehouses and old buildings. Furthermore, the modularity and quality consistency provided by our setup allows us to provide for the high urban expectations without needing huge contingencies and subsequently, wastage.

In essence, our supply chain can be more efficient and manageable, in comparison to the everyday farm, as we provide the best utilities for both us and the consumer. Our way of farming also displaces the need for traditional land for food cultivation, and in turn, contribute towards the protection of soil-based ecosystems. One such integration extends to meat animal husbandry, as these animals can return to rotational grazing due to the increased grazing space and bring back soil quality to sustainable levels.

At The Vegetable Co. we are committed to mitigating the societal pressures caused by the global increase in urbanisation and industrialisation through the utilisation of technology. Do come along for the journey.